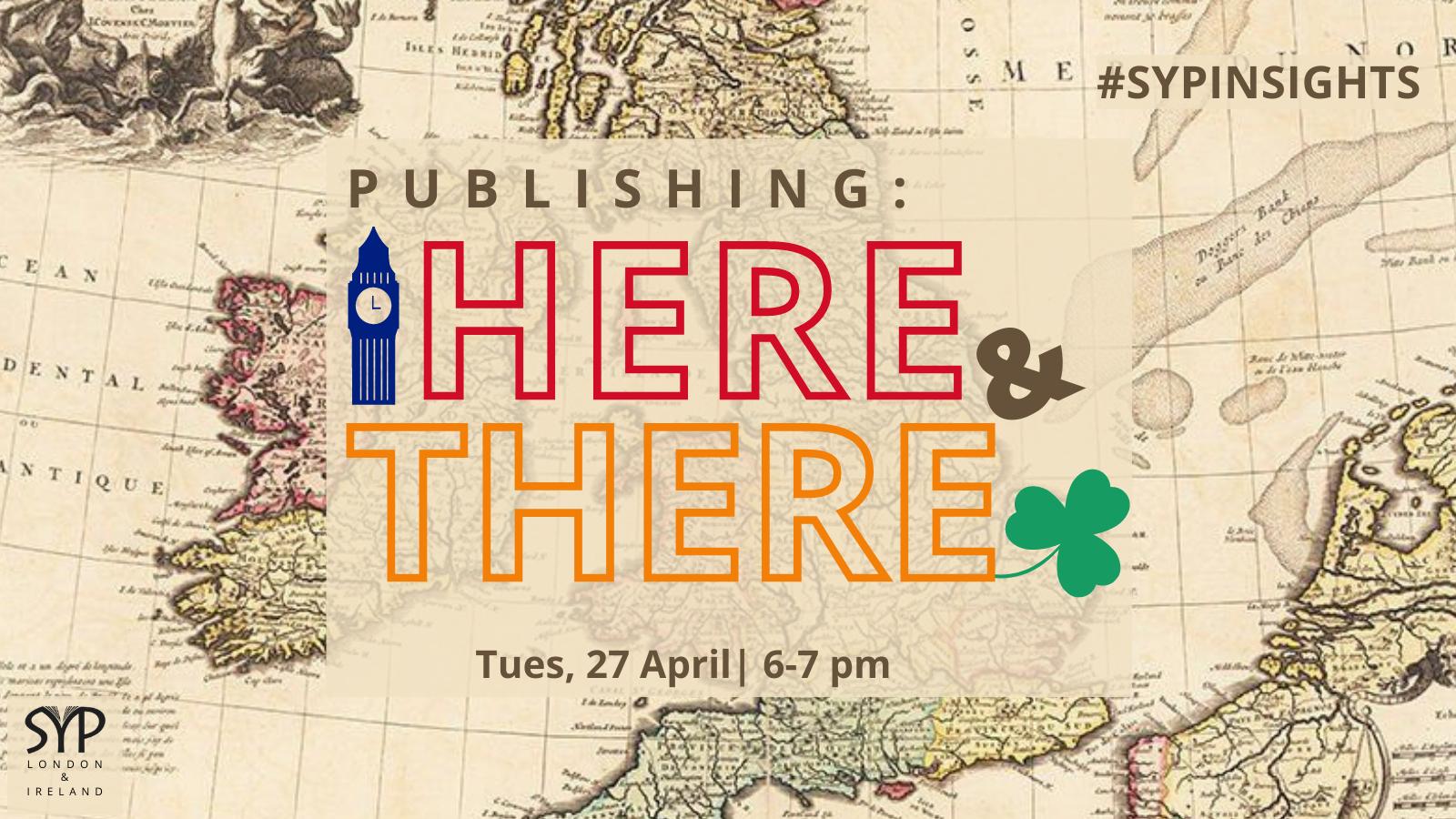 London is often perceived as the centre of UK publishing but there are so many incredible publishers, writers and organisations outside of the M25. This year, SYP London and SYP Ireland are teaming up on events to help highlight the regional diversity in our industry.

This panel will discuss our panellists’ publishing journeys to and from both London and Ireland. We’ll learn more about how to make a move, what the differences in the industry are and organisations to get involved with to help make a transition smoother!

Join us on 27th April 6-7pm for this fascinating discussion! Get your tickets here

Helen Hughes is a Trade Production Controller at Hachette Children’s Group. She moved from Galway to London in 2014 to complete a Masters in Publishing at UCL, and began working in adult publishing at Faber & Faber before making the move to Children’s in 2017.

Anna Morrison is a UK based freelance book cover designer. She grew up in Belfast and studied for her degree in Illustration at Camberwell College of Art and Design. Anna spent several years working as an in-house designer for several major publishing houses inc Random House, HarperCollins and Pushkin Press where she spent a very lovely few years working there as an art director.

Kate McNamara holds an MLitt in Publishing from the University of Stirling and spent 6 years working in marketing roles in England at McGraw-Hill Education, Oxford University Press, Wiley, and Elsevier. She is excited to be back home in Dublin working as Marketing Manager for Little Island Books. She enjoyed three years serving on the SYP Oxford committee (2017-2019 inclusive) and was SYP Oxford Co-Chair in 2019.

Elaine Egan is the Publicity Director for Hachette Ireland and works on the publicity strategy for books published by Hachette Books Ireland and the wider Hachette UK group. Elaine completed a Masters in Book Publishing at Oxford Brookes University in 2012 and started her publishing career in Headline as a publicity assistant shortly after. She then moved to Ebury Publishing as a press officer, before moving to Orion in 2015 where she became a Publicity Manager and was later promoted to Senior Publicity Manager. In March 2018, Elaine moved to Dublin into the newly created role of Group PR and Communications Manager at Hachette Ireland and was promoted to Publicity Director in 2019.