Behind the Scenes: Women’s Prize for Fiction 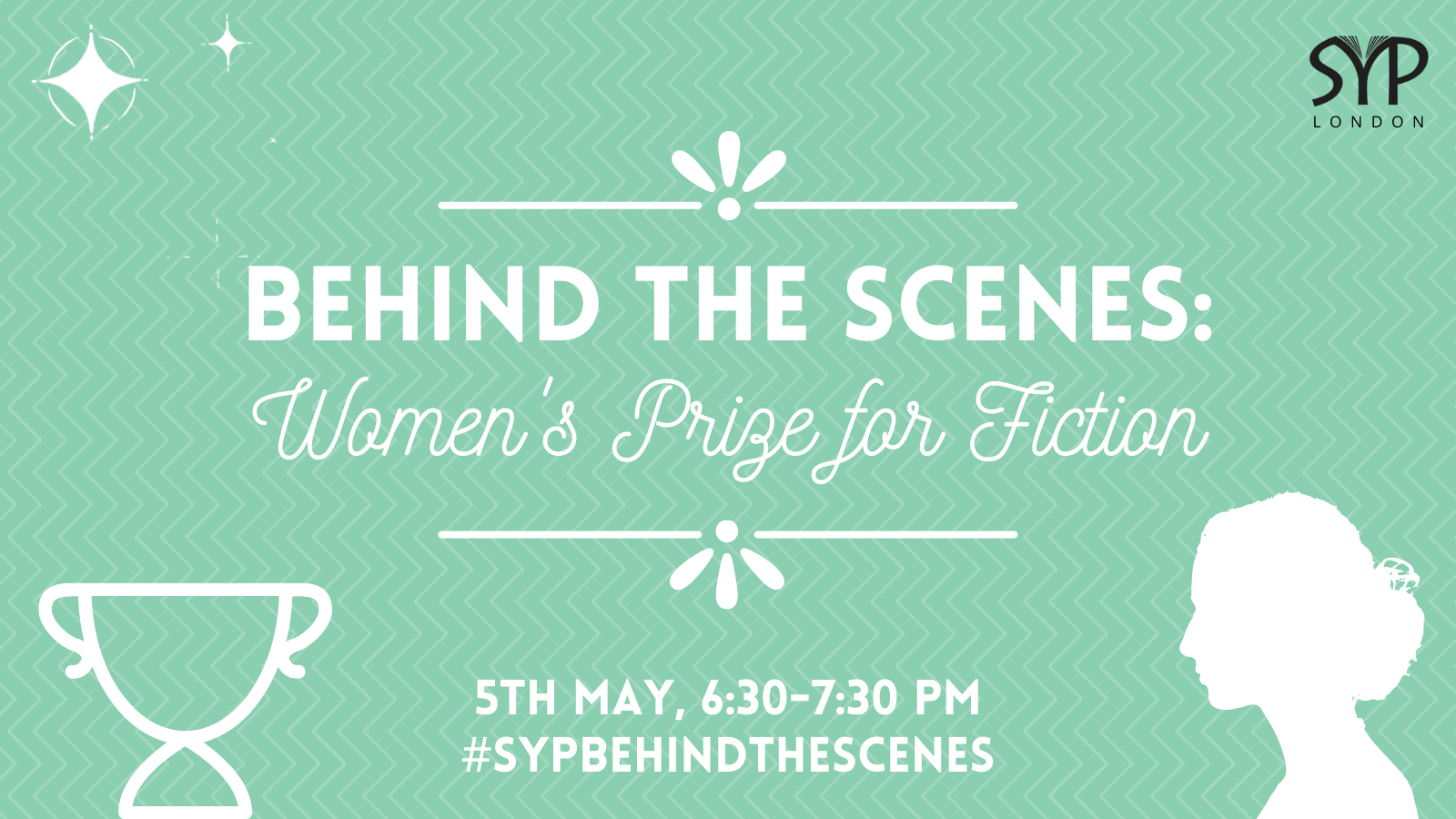 We all keep track of the longlist, the shortlist and the winner announcement for The Women’s Prize for Fiction, but we don’t actually know that much about what goes on behind the scenes. How long does the judging process take? How long does it take to read all of the submissions? How does life change for the winning author?

Join us on Wednesday 5th May at 6:30pm to hear from an outstanding panel about the impact of this award, and learn more about managing, judging (and winning!) a literary prize, as well as working in the events industry.

A link to this event will be emailed to all ticket holders on the day of the event. Join in with the discussion on Twitter with the hashtag #SYPBehindTheScenes.

This event will be chaired by Polly Smith (@pollymarthaa), Events Co-Ordinator at The Bookseller. She has been in the publishing industry for 2 years and she has worked on the British Book Awards as well as The Bookseller’s conferences in both a physical and virtual capacity. She currently lives in South London.

Our panellists will be Joanna Prior, Lisa McInerney, Melanie Eusebe and Rosie Beaumont-Thomas.

Joanna Prior is Managing Director of Penguin General Books, one of nine publishing houses at Penguin Random House in the UK. Joanna is a past President of The Publishers Association, past chair of the Consumer Publishing Council and was Chair of World Book Day in 2012. Previously part of the PA’s Reading for Pleasure committee, she is Vice Chair of the National Literacy Trust and Chair of Trustees of the Women’s Prize for Fiction.

Lisa McInerney’s debut novel The Glorious Heresies won the 2016 Baileys Women’s Prize for Fiction and the 2016 Desmond Elliott Prize. Her second novel, The Blood Miracles, won the 2018 RSL Encore Award. Her third, The Rules of Revelation, will be published in May 2021. Lisa’s work has featured in Winter Papers, The Stinging Fly, Granta, The Guardian, Le Monde, The Irish Times, BBC Radio 4 and various anthologies.

Melanie Eusebe is Chair and Co-founder of the Black British Business Awards (BBBAwards) and Director, Strategy and Consulting at Accenture. A committed teacher, Melanie is a professor in the field of leadership and management at leading business school and also has her own on-line business school. Alongside her leading role in the BBBAwards, Melanie was Executive Producer for the Women of the World (WoW) Festival, a global gender equality festival involving over two million women from 50 cities on five continents. Recognised by the Queen for her contribution, Melanie has been profiled as one of the most influential women in business and the creative industries in the UK.