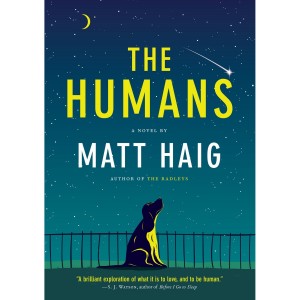 Book: ‘The Humans’ by Matt Haig

“I was not Professor Andrew Martin. That is the first thing I should say. He was just a role. A disguise. Someone I needed to be in order to complete a task.”

The narrator of this tale is no ordinary human—in fact, he’s not human at all. Before he was sent away from the distant planet he calls home, precision and perfection governed his life. He lived in a utopian society where mathematics transformed a people, creating limitless knowledge and immortality.But all of this is suddenly threatened when an earthly being opens the doorway to the same technology that the alien planet possesses. Cambridge University professor Andrew Martin cracks the Reimann Hypothesis and unknowingly puts himself and his family in grave danger when the narrator is sent to Earth to erase all evidence of the solution and kill anyone who has seen the proof. The only catch: the alien has no idea what he’s up against.Disgusted by the excess of disease, violence, and family strife he encounters, the narrator struggles to pass undetected long enough to gain access to Andrew’s research. But in picking up the pieces of the professor’s shattered personal life, the narrator sees hope and redemption in the humans’ imperfections and begins to question the very mission that brought him there.