2020 Debuts: Publishing in a Pandemic 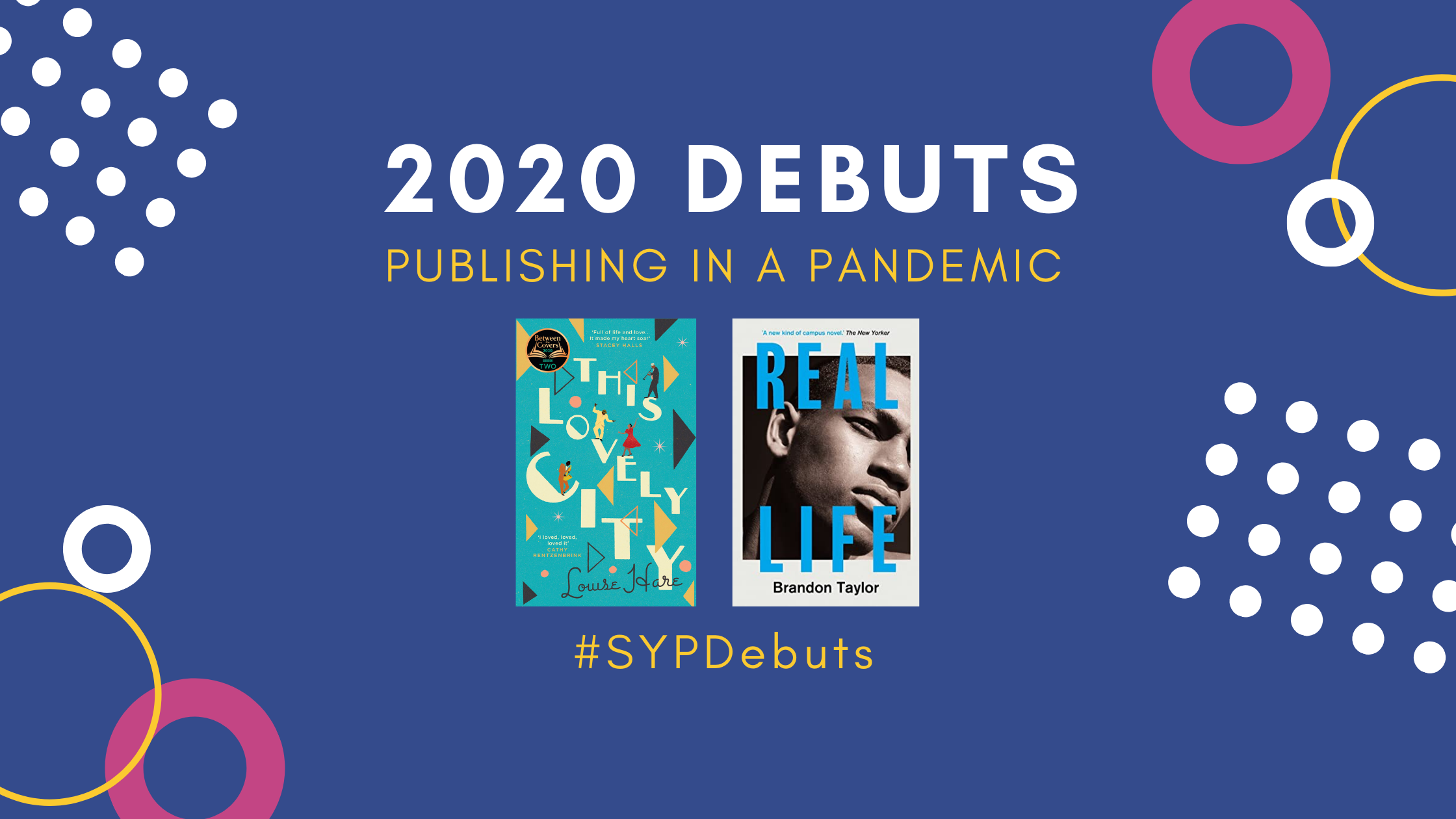 Join us for a fascinating discussion all about how these two teams published these debut books in the middle of a pandemic!

Join us on Tuesday 16th February at 6pm for our 2020 Debuts: Publishing in a Pandemic event! We’ll be talking to two publishing teams about a debut they published in 2020, discussing the highs and lows, how they adapted, what they learnt and more!

A link to this event will be emailed to all ticket holders on the day of the event. Join in with the discussion on Twitter with the hashtag #SYPDebuts

Find out more about the panellists below:

First up is the team behind This Lovely City by Louise Hare, published by HQStories! Joining us is @LouRHare herself, author of This Lovely City. Louise is a London-based writer and has an MA in Creative Writing from Birkbeck, University of London. Originally from Warrington, the capital is the inspiration for much of her work, including This Lovely City, which began life after a trip into the deep level shelter below Clapham Common. This Lovely City was featured on the inaugural BBC TWO TV book club show, Between the Covers, and has received multiple accolades, securing Louise’s place as an author to watch.

We also have Manpreet Grewal @ManpreetEditor, Publishing Director at HQ. Manpreet has been working in publishing since 2006, and has previously worked at Transworld and Little, Brown. In 2017, she joined HQ, which is part of HarperCollins. As Publishing Director, she has many responsibilities, but her favourite part of the job is working directly with authors. She’s lucky enough to publish bestselling fiction authors such as Sarah Morgan, Carrie Hope Fletcher, Louise Jensen, Miranda Dickinson, Luan Goldie – and of course Louise Hare, whose debut This Lovely City was a BBC TWO Between the Covers TV book club pick, an Observer top ten debut, and longlisted for the HWA Debut Crown Award.

Also joining us is HQ’s Senior Publicity Manager Joe Thomas @joe_thomas25. Joe has worked at HQ since joining as a Press Officer in 2017. Before that he worked at Bloomsbury and as an Events Coordinator for Waterstones. His recent campaigns include BBC2 Between The Covers pick This Lovely City by Louise Hare, What Can I Do? by Jane Fonda, Restore by Gizzi Erskine and The Prison Doctor brand by Dr Amanda Brown, for which he won the Q3 2019 and Paperback Original Campaign of the Year Publishers Publicity Circle awards. Upcoming titles include You Will Get Through This Night by activist and entertainer Daniel Howell, and The Queer Bible, an anthology which sees queer heroes writing about their own queer icons. He also mentors junior publicists through the Publishers’ Publicity Circle mentorship scheme, and is a member of the PPC committee.

We also have Katrina Smedley @KatrinaAnneS, Campaign Manager at HQ, where she’s worked since joining in December 2019. Before that she worked in the PR and Marketing teams at Thames & Hudson and Scholastic Children’s books. Recent campaigns she’s worked on include Q by Christina Dalcher, Make it Happen by Amika George and Quite, the Sunday Times Bestselling debut by Claudia Winkleman. She’s lucky enough to be working on some exciting upcoming titles such as You Will Get Through This Night by Daniel Howell and of course, the paperback of Louise Hare’s dazzling debut, This Lovely City.

Our last member of the HQ team is Claire Brett @claireebrett, Head of Marketing! Claire started her publishing career at Dorling Kindersley as a Marketing Assistant in 2001 and since then has worked at HarperCollins, Orion and then back to the HQ division of HarperCollins in 2017. At HQ she is lucky enough to work across a fantastic range of titles including bestselling fiction brand authors such as Adele Parks and Linwood Barclay, non-fiction blockbusters such as Finding Freedom by Omid Scobie and Carolyn Durand, and the forthcoming anthology The Queer Bible edited by Jack Guinness, as well as exciting fiction debuts including the Sunday Times bestseller Vox by Christina Dalcher and the wonderful BBC TWO Between the Covers Bookclub pick, This Lovely City by Louise Hare.

Our second book we’ll be discussing is Real Life by Brandon Taylor and joining us is Sophie Missing @sophiemissing, Publisher at @dauntbookspub. Sophie started in publishing as an editorial assistant at Hodder & Stoughton before working with Juliet Annan at Fig Tree, Penguin as assistant editor. After a few years freelancing as, variously, a cookbook author, structural editor, subeditor, journalist, ghostwriter and food stylist (truly a portfolio career), she joined Daunt Books as editor in early 2018. Books she has published include the bestselling anthology At the Pond, new editions of Saturday Lunch with the Brownings by Penelope Mortimer and Approaching Eye Level by Vivian Gornick, The Golden Flea by Michael Rips, and the Booker-shortlisted Real Life by Brandon Taylor.

Also joining us from Daunt Books is Publicist Jimena Gorráez @J_Gorraez! Jimena started her professional career as a teaching assistant for academic writing back in Mexico. She then moved to London as Assistant Cultural Attaché at the Mexican Embassy, then freelanced in the arts sector working for The Wellcome Collection and others before move to publishing. She worked in marketing for Reaktion Books, And Other Stories and Gallic Books before moving to Daunt Books in 2019.

Chairing this panel is Hannah Beeson @bookishhannah, Head of Events for @SYP_LDN. Hannah is an Editorial Assistant at a magazine where she works on everything from project management, to social media, to events. In her spare time she enjoys writing book reviews on her blog and cooking new and interesting recipes.