The Kim Scott Walwyn Prize recently announced its 2019 shortlist of talented women. Honouring its namesake, the former Publishing Director of OUP, the prize seeks to recognise the professional achievements and potential of women who have worked in the UK publishing industry for up to seven years. Heather McDaid and Laura Jones established their Edinburgh based publishing house 404 Ink in mid-2016, and have been shortlisted as a duo.

The judges explained, “When reading each of their applications, it was clear how the success of 404 Ink was due to the exceptional work of two incredibly talented partners. Laura and Heather’s entrepreneurship and commitment to a different kind of publishing made them stand out. They are a fantastic example of innovative thinking and have contributed to the thriving of the Scottish publishing scene greatly, putting transparency and new voices at the heart of what they do.”

We talked to Heather and Laura about how it feels to be shortlisted, their work championing new voices in publishing (both their own and their writers), and their hopes for the future of 404 Ink.

How does it feel to be shortlisted for this fantastic award? And alongside such amazing people?

Heather McDaid:  It’s very nice and humbling. We had previous submitted for the award and given a positive ‘come back in a few years’, so to come back in a few years and be listed alongside amazing women who we admire from afar already is a very surreal feeling, but feels like a validation of how far we’ve come in those two years.

Laura Jones: Awesome. We weren’t shortlisted when we nominated ourselves during the last round and picked up an air of ‘try again next time’ and so we did, unashamedly. If at first you don’t succeed, and all that! It feels great and I was quite astounded when the shortlist was revealed. Not to put ourselves down too much but there’s no way in hell we’re going to win up against such highly respected women in publishing and I’m okay with that!

The Kim Scott Walwyn Prize is open to women in the first seven years of their publishing career. That’s not a long time – do you think there is a lot of pressure in the publishing industry to advance quickly in your career?

HM: For this award, not particularly, as it’s also awarding potential and not how quickly you can get to the top; it considers what you’ve done but also the future waves you and your work can make. There are a lot of awards that are age-focused and ‘under 3-5 years’ that do put pressure on fast acceleration through the industry at a young age and making an impact in a short time, but I think this prize offers something a bit different in recognising that it takes in the groundwork laid to go on in future years and make an impact, which is arguably just as – if not more – important. There are a lot of awards springing up in this vein – the Saltire Society’s Emerging Publisher of the Year is another following in similar footsteps to showcase early publishing professionals.

LJ: It honestly comes down to the person and what they want out of their career in publishing. I felt like the opportunities in publishing in Scotland were too few so accelerated my own career and put pressure on myself to be my own boss. This is obviously not for everyone and I don’t recommend everyone to start up their own company just because they’re not getting where they want to in their career within a couple of years! If there is unwanted pressure to advance quickly, ignore it, call it out, and move at your own pace. As long as you’re happy at your own pace, that’s what’s important.

The judges of the Prize specifically praised your focus on ‘transparency and new voices’. On transparency, what drove you to be so open about the practicalities of building such a thriving business?

HM: We personally found it frustrating that we’d gone to so many events – even in professional settings and conferences – and people would be vague or give very optimistic, non-specific advice. “Just go for it!” isn’t actually that helpful when it comes to launching and running a company – sharing the fundamental setup costs and steps are. Transparency around wages in particular comes up a lot, but what about the actual running of a company? We had no idea about a lot of the money and percentages worked until we were in the thick of it and there wasn’t even a discussion on whether or not to be open, it just made sense to share it with others as a resource to give them at least some kind of footing if they wanted to follow suit. The other element is around transparency is the toll it can take at times – while we talk about the practical side a lot, it’s also important for us to highlight that it’s alright to admit you’re burning out: https://www.404ink.com/blog/2017/12/21/we-are-tired-af The whole journey of 404 has been discovery after discovery – it seems stupid to keep all that to ourselves when others are out there setting off on similar journeys! We had so much support and advice from others starting out, we always try to pay that forward.

LJ: Maybe I’m naive but I honestly don’t understand why publishers aren’t more open with the difficulties they come up against in their business and letting consumers know when they can help out. I know the risks and difficulties involved in transparency (especially if you have something to hide…!) but the necessity for (useful) information to be free should overcome that. If we can give aspiring publishers some insight into what truly goes into starting a publishing company then maybe they’ll be better prepared and will know what pitfalls to avoid and opportunities to jump at.

And what made you decide that finding and championing new voices would be a hallmark of what 404 Ink does?

HM: We feel there’s no point in launching a company to do something that already exists and contribute more of the same – there’s a lot of great books out there, but there’s also a lot of great books not making it through for a number of reasons. We’re drawn to the new and exciting; we want to publish books that we haven’t read before, that surprise and excite us. What’s the point in running a company where you’re churning out books you don’t care about?

LJ: The same voices get boring after a while, I think we can all agree on that. Heather and I didn’t see many books coming from Scotland that came from younger writers that resonated with us. We figured they were out there, but we weren’t hearing about them. We didn’t actually decide from the beginning that it would be a hallmark of 404, but it instead became obvious that it was a valuable and important way of publishing that we are pretty good at working in after we published Nasty Women and Chris McQueer. From then on we knew we wanted all of our authors to be a bit different.

Do you think it is important for there to be an award specifically for women in the publishing industry?

HM: Yes – there’s a lot of discussion around gender in the industry and the divides of those at the top and elsewhere in the industry. It’s nice to have a space to celebrate women and their achievements, their impact on the book world, and also do so in the same of an exceptional woman from the industry.

LJ: Absolutely. We know that women make up the majority of publishing’s workforce and are often the unsung heroes where men in the senior positions get much of the back-patting. We have to give women something to aspire to in this difficult industry and the KSW prize could be one of those things to work towards.

The shortlistees are all powerhouses in their own right. What would you identify as a common thread driving success in this ever-changing industry?

HM: I would say setting out to make positive change. Everyone on the list has seen a gap or the potential to publish new voices or support people and causes, and make sure that message and their work is heard far and wide. That drive to change and disrupt positively is where success lies – Sharmaine Lovegrove’s imprint Dialogue Books is changing everything from what people publish and how staff are thanked in books, to touring roadshows with her authors; The Northern Fiction Alliance are challenging the London-centric notion of publishing and spotlighting the amazing publishers and work going on in the North of England; it’s not only publishing something new, but bringing attention that benefits more than just yourself, which in its own way pays it forward for others to follow suit. That’s been the most exciting thing to watch in the last year or two of publishing, and I think where the real success of the industry lies.

LJ: A refusal to be quiet. Everyone on the shortlist has made their mark on the industry in their own ways by calling out inequalities, imbalances and any general bullshit that should be rectified in a way.

This award is known for recognising ‘ones to watch’ in the industry. What plans, hopes, or dreams do you have for 404 Ink’s future?

HM: Sustainability! Investment, maybe. We’re open about the money side, and truthfully – it’s tough without funding and we’re investing a lot in our books for a company of our size, so it’s a year of big growth, which is always the riskiest time. Beyond that, just to keep publishing books we love and feel are important. We want 404 to be around for years to come, so everything we do goes towards making that hope a reality.

LJ: My hope is currently very simple, that 404 Ink is still publishing 5 years after starting! I hear that the mark of a successful start up is that it still exists 5 years later so that’s my modest hope. Elements of 404 are getting easier and some are getting harder, so it’s definitely a test of time to see how well we fare over the next years! 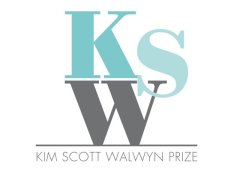 The winner announcement will be on Tuesday 28 May 2019 at a prize ceremony at Stationers’ Hall in central London. Good luck and congratulations to Heather and Laura!