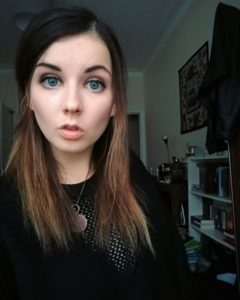 Mika currently works with 404 Ink as a Publishing Assistant, where she started in May this year. Originally from the Netherlands, she currently lives in Glasgow where she studies the accelerated LLB in Common Law, after graduating this year in Celtic & Scottish Literature at the University of Edinburgh. She is an avid reader (unsurprisingly), writes reviews for the Skinny (yes, for fun), and volunteers part time with Shelter Scotland. @annamiekemarie. 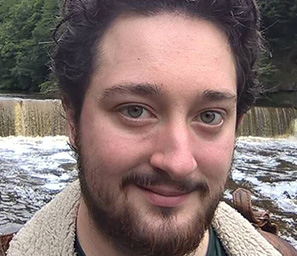 Jamie is a campaigns (publicity and marketing) assistant at Canongate Books, where he’s worked for the last year and a half. Previously, he started working in publishing as a cuttings assistant for Vintage (PRH). He joined the SYP after graduating his Masters with a first in creative writing, and moved on to taking on the role of one of SYP Scotland’s social media officers, before becoming co-chair in 2018. He’s a keen gamer (board and video), climber (enthusiastic, but poor), and obstacle runner, having completed seven Tough Mudders over the last few years. As a publicist and marketeer he’s worked with all manner of fiction and non-fiction, including works by Alan Parks, David Lynch, Alistair Moffat, Margaret Atwood, Leonard Cohen, Tom Gauld and many more. @normantweets. 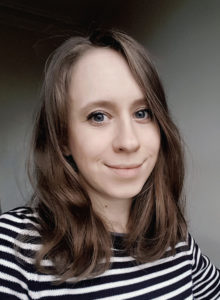 Marija has completed her MLitt in Publishing from University of Stirling this August after submitting a thesis focussing on the past and present of audiobooks. She is currently pursuing a career in publishing, having already experienced the industry in short bursts through working for Penguin Random House as well as volunteering for the SYP and Saraband. Marija’s favourite book is The Long Way to a Small Angry Planet by Becky Chambers and she recommends it to everyone religiously. You can often find her listening to Muse on repeat as well as panic buying books and plant-based goodies. 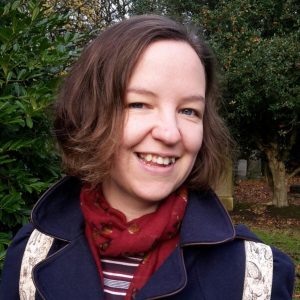 Sarah Barnard is Sales Account Manager at Black & White Publishing. She is originally from the Midlands, where she worked in public libraries for nearly three years before moving to Scotland to study MSc Publishing at Edinburgh Napier University. Her main interests are bisexuality representation, choral music, fictional witches and the Decemberists. She also blogs very occasionally about young adult fiction, and tweets incessantly @slouisebarnard. 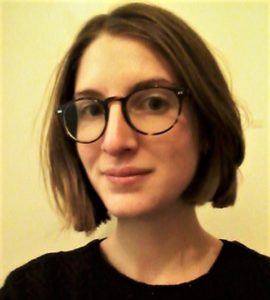 Alice moved from France to the UK in 2014 to study for the final year of her Licence (BA) in History. After two years living in the cold, historic city of York, she made the move to the cold, historic city of Edinburgh to commence an MSc in Publishing at Edinburgh Napier University, graduating with distinction in 2017. She is a bookseller and social sciences buyer at Blackwell’s, as well as senior executive assistant for the online magazine of international literature in translation Asymptote. She’s a novice bookbinder, enjoys live music, and collects house plants – slowly but surely turning her flat into a jungle. 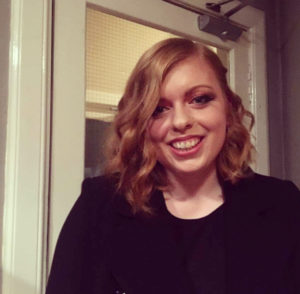 Kirsten is president of PublishED, the Edinburgh University publishing society, and studies English Language on the side. Her bookcase is organised by size then author (with two shelves dedicated to Patrick Ness), she is a long-time supporter of the Oxford comma, and she has never completed a Goodreads reading challenge. She can typically be found holed up in the Ed Uni library writing about words, or spending far too much time browsing in second hand bookshops. When at home in the north of Scotland, she rather enjoys mountain biking, snuggling her golden lab, and (of course) reading by the log fire. @kirstenmknight. 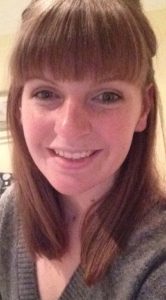 Jo is a Marketing Executive at Bright Red Publishing where she started just under a year ago. Graduating from the University of Bristol in 2015 with a BA in English Literature, she took a job in London for a primary school publisher before following her heart up to Edinburgh. She loves nothing better than trying out new coffee shops and getting lost in a good book or writing her travel blog, Edits of Jo. When she’s not writing or drinking copious amounts of tea, she loves a good browse in a bookshop and taking photographs on her film camera. 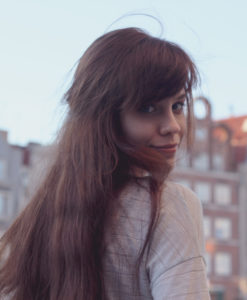 Alice is currently starting her fully-funded PhD at the University of Stirling, where she will be working in partnership with Publishing Scotland and HarperCollins to research the last five decades of Scottish publishing. She graduated with an MSc in Publishing from Edinburgh Napier University and a BA in English Language and Literature (with Academic Writing) from Queen’s University (Canada). Before moving to Scotland four years ago, she had lived in England, Poland, and Canada, where she did everything from selling coffee in French, au pairing and managing tourist shops to doing translation and graphic design. She loves Peter Gabriel, Inside Llewyn Davis, and flat design, and can usually be found hiking or making the most of her Cineworld subscription (when she’s not reading, of course). Tweets as @AlicePiotrowska and goodreads as allie_p. 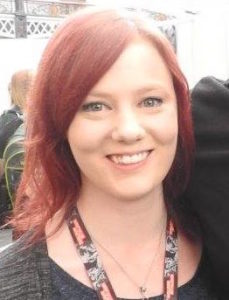 Kirsten is a freelance editor, copywriter, and proofreader, specialising in editorial for comics and graphic novels with a dream of becoming the J. Jonah Jameson of comics publishing. She graduated from the University of Glasgow with a joint honours degree in English Literature & History in 2013 before gaining a postgraduate MLitt degree in Comic Studies from the University of Dundee. She has previously worked as assistant editor for Titan Comics and editor in DC Thomson’s comics department. When she’s not working on projects, she enjoys roller derby, craft beer, and live/loud music. You can usually find her lurking at comic cons or in bookshops. @KirstenAMurray. 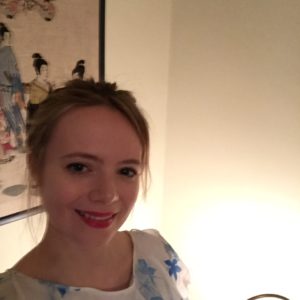 Laura Hamilton cut her teeth on magazines in the Middle East after a degree in English from the University of St Andrews. After several years gaffing about the Gulf editing magazines and going on glamorous press trips, she returned to Scotland to work on more serious titles. She is studying for an MBA from Edinburgh Napier while working full time. She spends all her money on books and magazines and has zero regrets about it. 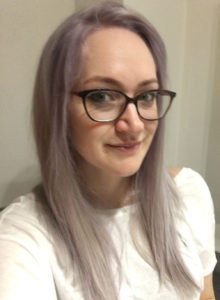 Rebecca works at Edinburgh University Press and has an academic background in literature, film, and publishing. She has volunteered in various capacities for, among others, Cambridge Publishing Society, the Highland Book Prize and, of course, the SYP. She is also an ambassador for Beat, the UK’s largest eating disorder charity, and raises awareness of mental health issues. Her life revolves around gothic literature, board games, and horror films. 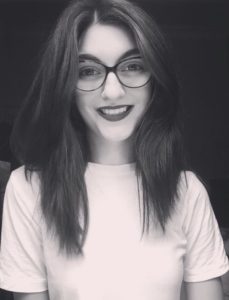 Kimberley took a very traditional route into publishing, where she obtained a Master of Arts with Honours degree in English Literature from The University of Edinburgh. She was also Editor-in-Chief of creative writing magazine, The Inkwell, during her time there. Having recently completed her MSc in Publishing from Edinburgh Napier University, Kimberley hopes to now pursue an editorial career. If she could read only three books for the rest of her life, they would be Daphne Du Maurier’s Rebecca, Charlotte Brontë’s Jane Eyre, and Louisa May Alcott’s Little Women. Obsessed with Christmas, Kimberley is THAT person humming Jingle Bells at the height of summer – wishing away the daylight for those cosy winter nights by the fire, where Quality Street is her tin of choice and Love Actually is on repeat. 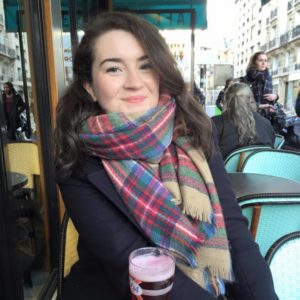 Megan is one of SYP Scotland’s general members, and an MSc Publishing student at Edinburgh Napier. @MeganLavery_