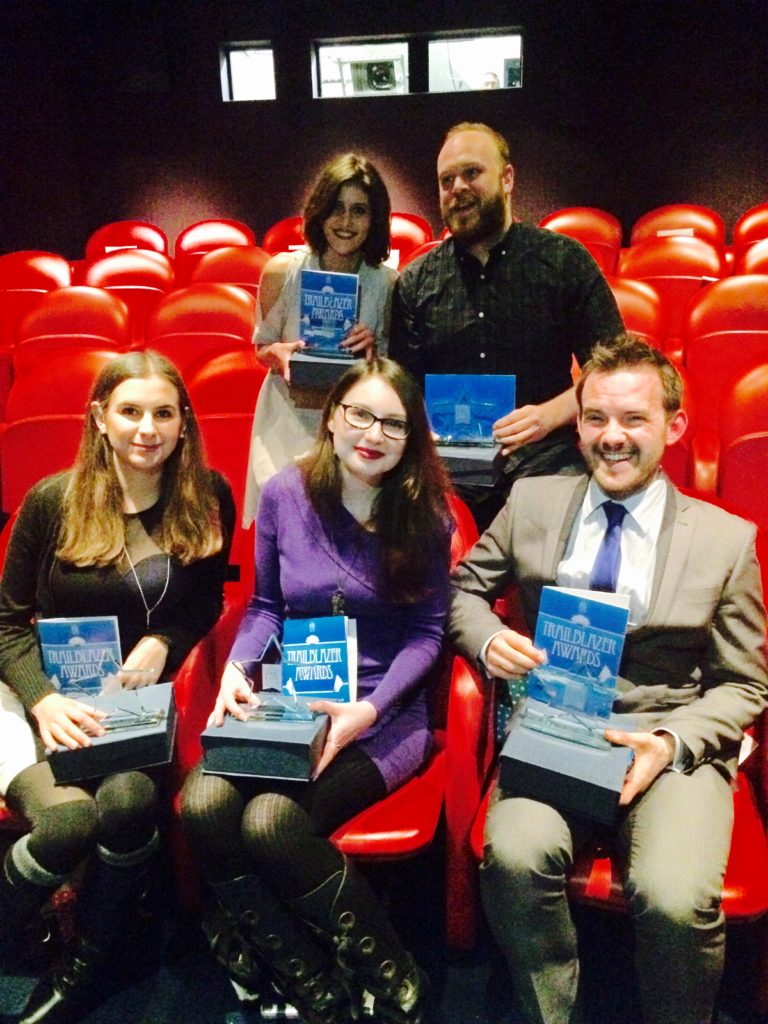 The evening of February 16th saw the London Book Fair’s inaugural Trailblazer Award given to five remarkable publishing professionals. George Burgess, Clio Cornish, Nick Coveney, Ella Kahn and Bryony Woods were chosen by a panel of judges as exemplifying ‘innovation and ambition in the book industry’, and will each win VIP entry to The London Book Fair, exclusive access to The Club at the Ivy’s LBF pop-up, inclusion in the overall LBF International Excellence Awards and invitations to the Society of Young Publishers’ networking drinks at the fair.

The award was organised by the London Book Fair with the support of The Society of Young Publishers and BookBrunch. It was created to celebrate the next generation of the UK publishing industry, and individuals under 30 years of age were encouraged to nominate themselves or others. The winners come from a mix of different fields with only Clio Cornish, Executive Publisher at HarperCollins, representing the ‘big five’. Ella Kahn and Bryony Woods of Diamond Kahn & Woods Literary Agency set up their company in 2012 after graduating from a publishing MA, and George Burgess and Nick Coveney are digital entrepreneurs. Burgess’s Gojimo is the UK’s leading revision app, and Coveney is building on a track record of digital innovation as Head of Digital at Kings Road Publishing.

Jacks Thomas, Director of The London Book Fair, commented: ‘We have been blown away by the talent and energy exhibited by the entrants … The winners each stood out for the ways they are shaping the publishing industry of the future through their drive, determination and willingness to innovate.’

SYP Chair Zara Markland and Vice Chair Emily Finn attended the event Tuesday night. Finn said: ‘The talent in the room was absolutely astounding, each nominee had something truly amazing to bring to the table. It was not only admirable but inspiring to see young publishers making such an impact on an established industry and that their achievements can be recognised with these awards. I know we will continue to see many more trailblazers in the future.’