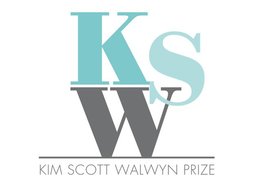 The Kim Scott Walwyn Prize shortlist was announced on the first day of the London Book Fair, featuring a host of the most talented women in publishing today.

The five women on the shortlist come from a variety of roles within the book industry, including an editor, agent, community manager, book buyer and events and publications manager. The prize is the only one to recognise the professional achievements and promise of women in publishing.

The Prize was founded in honour of Kim Scott Walwyn, a publishing director at Oxford University Press, who died at the age of 45. She was an outstanding editor and a generous and inspirational manager whose career was widely recognised and celebrated during her life. The Prize, which is open to any woman who has worked in publishing in the UK for up to seven years, is managed by Booktrust, the independent reading charity which is responsible for a number of successful book prizes.

Previous winners of the prestigious Prize include: in 2013, Miriam Robinson, Head of Marketing at Foyles, who is a judge for this year’s Prize, and in 2004 – the inaugural year – Lynette Owen (OBE), copyright director of Pearson Education. The shortlist was announced today at the SYP’s ‘How to Get Ahead in Publishing’ session in the Conference Centre at the London Book Fair.

Each shortlisted candidate will receive a one-day training course to aid their career development, courtesy of The Publishing Training Centre. The winner of the Kim Scott Walwyn Prize 2014, who receives £1000 sponsored by the SYP and a two-day training course courtesy of the PTC, will be announced at an award ceremony at the Free Word Centre in London on Tuesday 13 May.

For more details and to keep up-to-date with the Prize visit www.booktrust.org.uk/ksw and check out #kswprize on Twitter.

‘E’ is for ‘Everyone’: Why publishers need to get to grips with transmedia storytelling 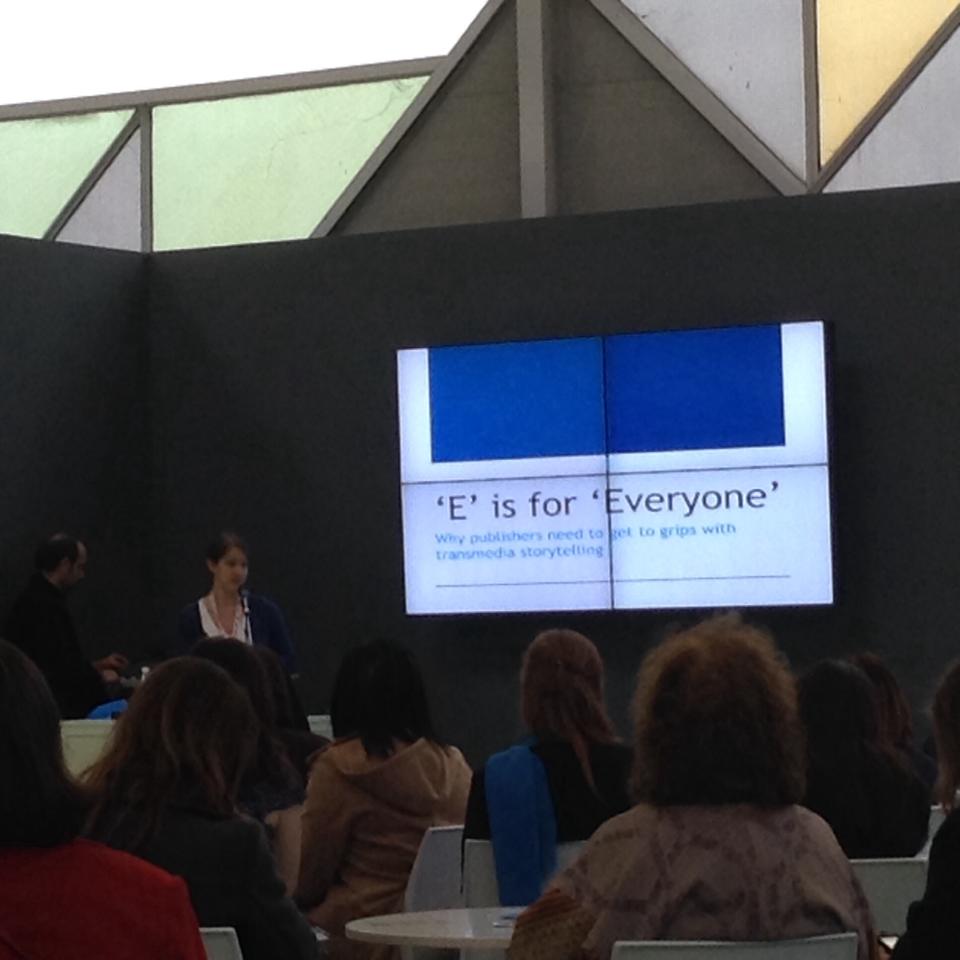 The Children’s Bologna Book Fair 2014 gave attendees a lot of food for thought, particularly the Digital Café where entrepeneurs, students and industry professionals argued ideas, products, services and strategies for getting children to read and maintaining that interest up to, and into, their teenage years.

In a seminar delivered by Elaine Phillips, an MA student at Oxford Brookes University, the audience were made aware of transmedia storytelling and why it is so important for children’s publishers.

Phillips began by defining transmedia as “each medium [doing] what it does best – so that a story might be introduced in a film, expanded through television, novels, and comics, and its world might be explored and experienced through game play.” (Jenkins) She went on to say that “[e]ach franchise needs to be self-contained enough to enable autonomous consumption.” (Jenkins) Philips suggested that each element (the webisodes, comic, game etc.) should be self-contained enough for experiences that are independent of the original content.

She argued that the multmedia platforms should, however, work together as with Scholastic’s The 39 Clues where the reader cannot possibly enjoy the game without having read the books. There is a community attached to Scholastic’s series as there is too, a community around the Harry Potter series where a new generation is being introduced to the world.

Philips went even further to state that, as a result of the internet and free access to information, our society has become a “participatory culture” (Jenkins). The way in which some news reporters have been answering questions and responding to tweets during live reports is a prime example of this. This has been touched on with The Lizzie Bennett Diaries where readers can tweet Lizzie questions and the questions that are tweeted are answered in uploaded videos. Readers and tweeters determine the content of the videos.

Philips moved on to explore the need for a community but also the “collective intelligence” (Lévy) that is required i.e. the leverage of the combined expertise of their members, Wikipedia being the best-known example of this. This has also developed with Doctor Who where new fans were becoming lost in the storylines and characters and the Doctor Who community supported and explained to new members. Moreover, new content in various platforms was launched to shed light on characters and until-then, unseen parts of the world.

Philips concluded the seminar in stating that children’s publishers need to find writers that also function as story architects; writers that are able to adapt their stories and the worlds they have created. In a hunting society, children played with bow and arrows but in today’s society, children play with information and publishers need to be aware of this. When publishers offer children free apps or games and then ask them to pay for books, they need to deliver. They need to leverage the free content as a way to make profit.